Douglas is not a career musician, but was a landscape architect in the commercial and public works sectors until the 2008 recession. During the next years, he worked several temporary jobs, non-career jobs, and also started new business ventures: app development (temporarily on-hold) and woodworking (ActionCraftworks.com).

Recently, he rediscovered piano when his mother-in-law passed away. And while recording some piano hymns for his mom, he realized that music creates a calming effect, especially during seasons of stress and uncertainty. He decided to share his music recordings worldwide so that it can help other people by calming their minds and comforting their souls during times of need.

Subscribe to his email list to receive notification of new blog posts about his music, status updates about his album production and release, and other music news. 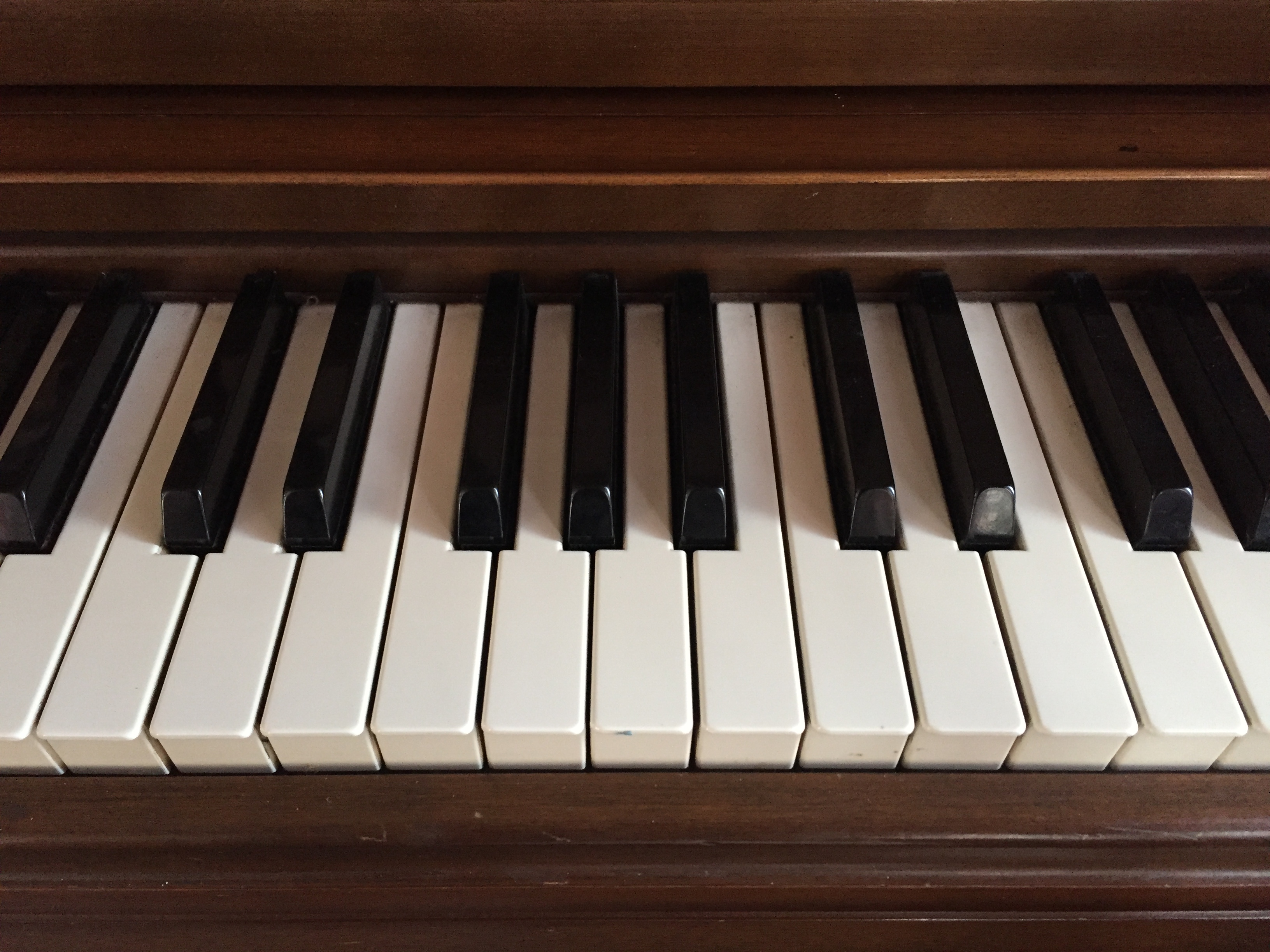 Douglas began piano lessons around age 6 or 7 while in 2nd grade of elementary school in Portland, OR. His mom and dad required that he and his brother practice 1/2 hour before school AND 1/2 hour after school. Lessons continued from elementary school age until early high school through several influential piano teachers. However, he was unable to proficiently read and play complicated classical music with all those notes far above and below the musical staffs.

During late elementary/early high school, he used his God-given talent of music to play hymns at church. He discovered that hymns were easier to play since they were written with the melody and 4 part vocal harmonies, versus complicated accompaniment music that is written similar to classical music. It was during these early years that he accepted Jesus Christ as his personal savior. For more info, see Steps to Peace with God.

Eventually, he preferred to play music based on the melody line and their chords while breaking them down into arpeggios, making it up his own arrangements to the music. But this seemed like “breaking the rules” by not playing music exactly as written!

From elementary school, through high school, until his 1st year in college, Douglas also played trumpet, including 1 year with the University of Oregon marching band (free Ducks football games!), but struggled due to low lung capacity and the time demands of landscape architectural design school.

During college, he bought a used guitar from a Eugene Daily Emerald newspaper ad and bungee corded it to his green Schwinn Varsity bike, sideways on the rear rack, taking care to not hit car mirrors on the ride back to campus! But he discovered that this guitar had a very low sound volume and a mellow tone because it had nylon strings and was a classical guitar! Regardless, he learned how to play guitar from several college roommates and youth group leaders and eventually upgraded to a narrower fretboard, steel-stringed acoustic guitar.  Still, he was unable to play proper scales and notes on the guitar, due to having a virtual “piano keyboard” stuck in his head!

After college, Douglas played piano, synthesizer, acoustic guitar, electric guitar, and 5 string bass guitar with church worship teams. Bass was much easier on the fingers than acoustic guitar. However, a medical condition, trigger finger, put bass on hold indefinitely. It was an absolute joy to serve God in music ministries with talented vocalists and instrumentalists. Those years were treasured memories, deeply missed.

The 2008’s recession ended his landscape architecture career of over 20 years, resulted in numerous temp jobs, and saw the start of other businesses (iPhone app development and woodworking). These, along with the wild schedule and stress of various temp jobs, further put music on hold due to financial priorities. But his God-given talent of music apparently was still there, hidden, and dormant.

In December 2015, without any advanced notice, Douglas was asked to play some Christmas songs on a piano during Christmas dinner at his mother-in-law’s assisted living facility. Though hesitant after not even touching the piano (or any other instrument) for several years, to his surprise, he was able to recall and play some common Christmas songs from memory without any music.

In December 2017, he was asked to play piano for his mother-in-law’s memorial service on short notice. He agreed, considering it an honor, even though lacking in talent and proficiency. With many possible songs to choose, he arranged a medley of three traditional hymns and was surprised that it was possible. Afterwards, his mom asked him to record some piano music for her to listen to while she travels back and forth between Portland, Oregon and the Oregon coast.

While recording some piano hymns for his mom, he realized that music creates a calming effect, especially during seasons of stress and uncertainty. He decided to share this music worldwide so that it can help other people by calming their minds and comforting their souls.

Subscribe to his email list to receive emails about new blog posts, updates about music production and releases, and other music news.